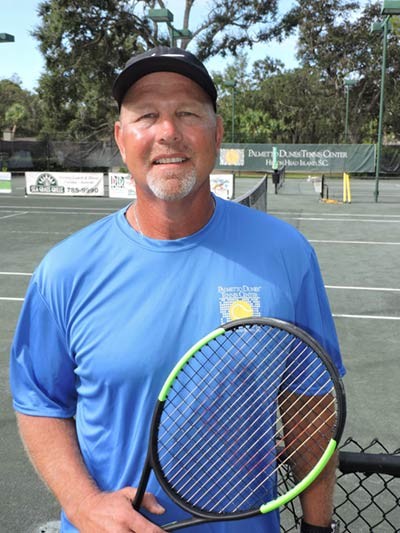 Eric Wammock, USPTA Elite Professional, has been in the tennis industry for 33 years. Most recently, Wammock was the owner of Hilton Head Island Tennis, a company that provided tennis programming for HHI Beach and Tennis Resort, helping earn the resort Top 50 status by Tennis Magazine.

Palmetto Dunes also offers Pickleball, which is a rapidly growing sport that can be enjoyed by all ages.

As a player, Wammock was a college All-American at Florida State College and later All-Conference at Virginia Commonwealth University, winning the conference doubles title over the 11th ranked team in the country. Eric played professionally in 1990-1991 before moving to Sea Pines.

Previously Wammock was the Head Tennis Professional/Club Manager at Sea Pines Resort. He worked at the resort for 17 years and was part of a staff that earned the tennis club No. 1 status nationally by Tennis Magazine.